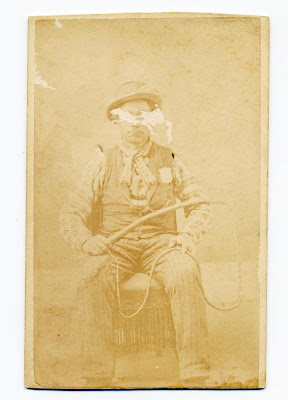 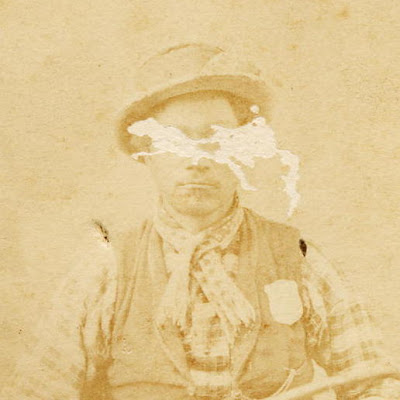 A 19th century portrait of a law man, wearing a badge and brandishing a bullwhip.

The photographer's back-stamp shows it was taken in Jacksonville, Florida. It's a CDV, so it dates to around the 1860s or 70s.

The man I bought it from said that it was part of a Black family's scrapbook. He believed there was a powerful story behind a portrait with the eyes scratched out, and saved for posterity. I agreed. Unfortunately, it's a story no one knows.

Later I was trying to see if anything on the badge could be read and, while examining it under high magnification, discovered that in fact the albumen emulsion over his eyes had been eaten away. By insects. They love the egg white protein used in making albumen prints. Usually they can only get at it from an edge. So I think the man's eyes were deliberately scratched out, and then the insects did their work.

I'm not sure about the concept of karma. But I'm pretty sure this cruel man, who chose to be pictured with his whip, has gotten something of what he deserved.
Posted by Robert at 7:36 PM 4 comments: 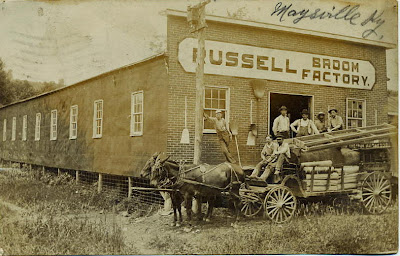 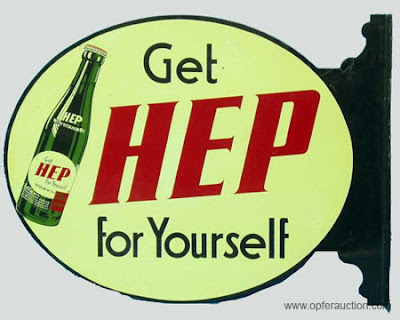 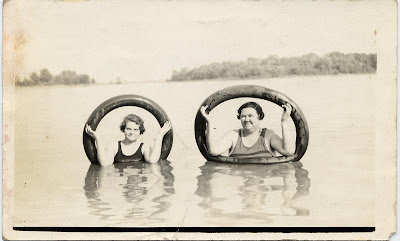 But these two were ready, come what may.

I saw a crew hoisting five giant steel rail cars that had been washed off the railroad tracks beside the river.

Among the businesses damaged were two restaurants, Canoe and The Floataway Cafe. You can't make this stuff up.

And I have to share an ad found on Craigslist today, listed under Free Stuff:

I have a nice hornet's nest on my property if anyone is interested in taking it down. It does have hornets in it...If interested call me at 4xx-5xx-1xxx....
Posted by Robert at 3:49 PM 2 comments:

You may have heard that we've been getting a little rain here in Atlanta. As in an historic deluge. I live near the Chattahoochee River, and flood level is 14 feet. Last night it crested at 28.1 feet. So there are hundreds of roads and bridges closed this morning, including the nearby section of I-285, the perimeter highway around the city.

Below is a shot of that expressway, less than a mile from my house, and below that is your correspondent taking advantage of a break in the rain to ride my bike on it, during rush hour.

They say more rain is on the way. 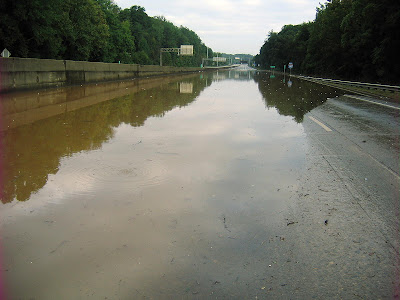 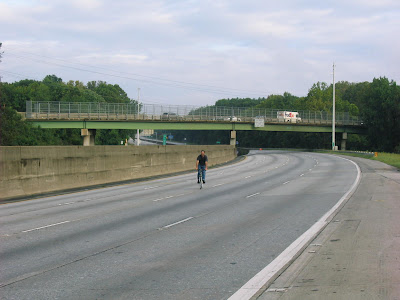 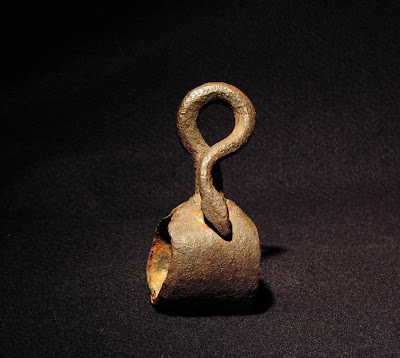 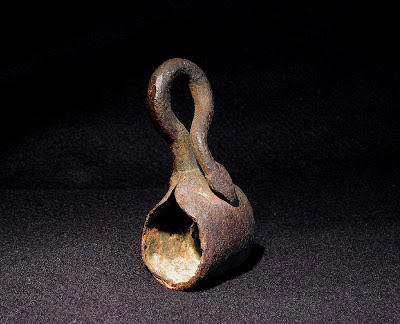 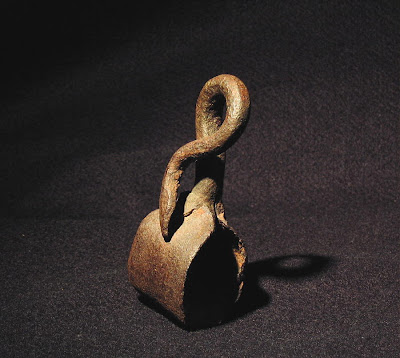 This is a humble object, and one I greatly admire, because it has form and function. To recognize it reveals me as the farm boy I am. Or once was.

Created by the ancient practice of forging and hammering iron, it was wrought as a tool in the service of an even more ancient practice - agriculture with domesticated ox, buffalo, horse, etc. Most of the time in America, it was mules. If you've plowed a mule, you might recognize it, too. But there probably aren't too many who'll read this who've marched down a furrow behind those noble, essential and cussed animals. (The "crown-less martyr," in one of my favorite phrases, "without pride of ancestry nor hope of posterity." I digress.)

Were you to find yourself in the situation of guiding a plow through soil, there would be an object between you and the hindquarters of the mule, called a single tree. It's a stout wooden bar to which the plow is hitched, then is connected at each end to the collar.

A century ago, some unknown blacksmith took it upon himself to make something special, this sinuous looping snake form, for his single tree. I salute you, unknown sir, because you were an artist, and I treasure this thing you made. 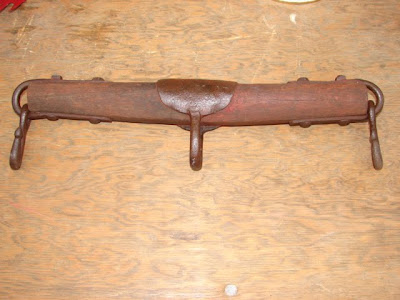 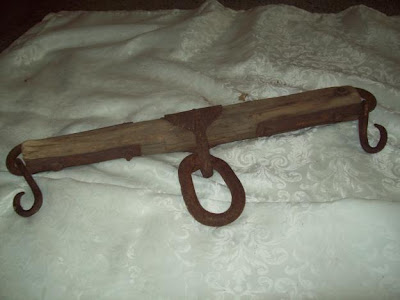 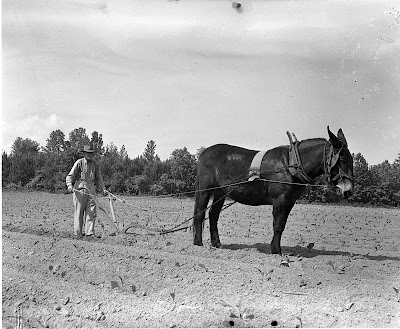 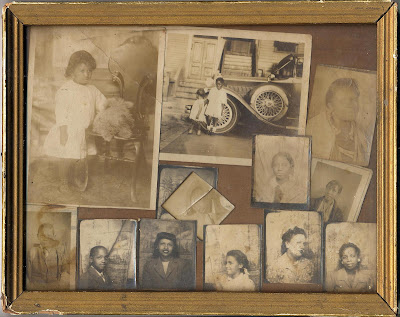 Framed group of photo portraits, as found.
Posted by Robert at 3:01 PM 3 comments: 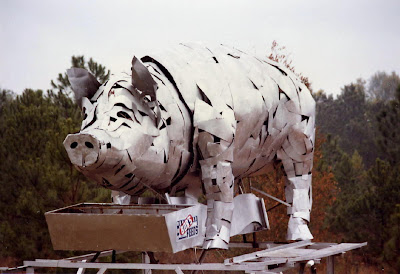 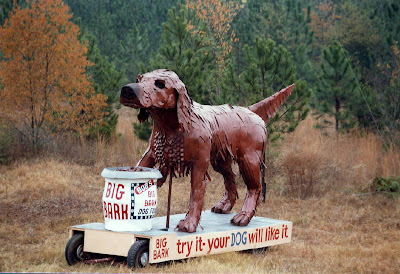 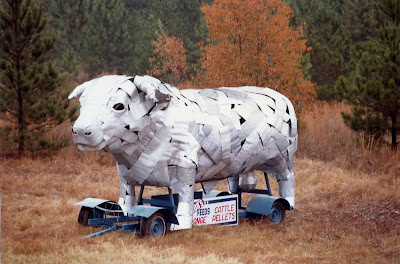 Not Clear on the Concept

There are a lot of little independent churches in my part of town, and one of them sent a postcard inviting me to join them as they discuss the topic "My Assignment is GREATER than my attack."

I'm not sure I have anything to contribute there.

Maybe it's me. Today there's an AP article on MSNBC with the following sentence: 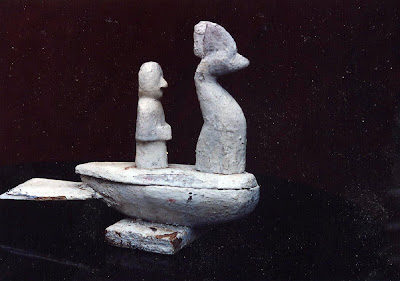 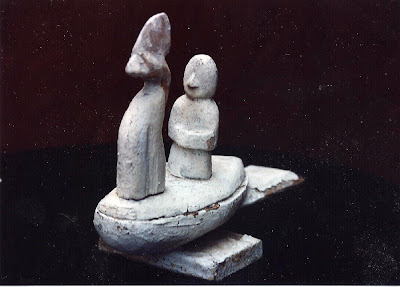 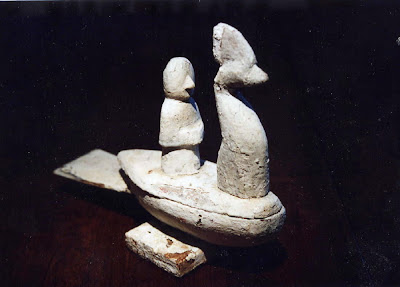 This sculpture came to me without any context - I don't know where it's from, who might have carved it, what culture, or even why. That sort of forces you to consider something as exactly what it is, and only that.
Posted by Robert at 10:31 AM 5 comments:

Floating on Black and Silver 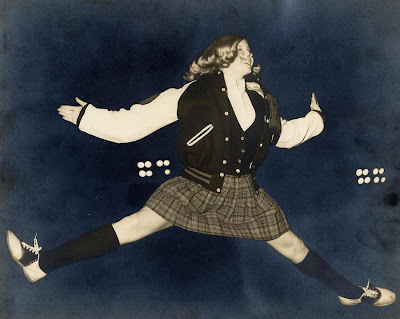